Geoff Duncan was never supposed to be Georgia’s Lt. Governor, but Stoneridge Group loves an underdog. During a competitive statewide election, viewers were inundated with television ads. We, however, decided to focus our efforts on a months-long, full-scale digital advertising effort. By prioritizing this hyper-targeted digital campaign during a tough fought primary, against two tough opponents, Duncan stunned the state of Georgia by winning the runoff. Duncan would cruise to victory in November, becoming Georgia’s second-ever Lt. Governor. 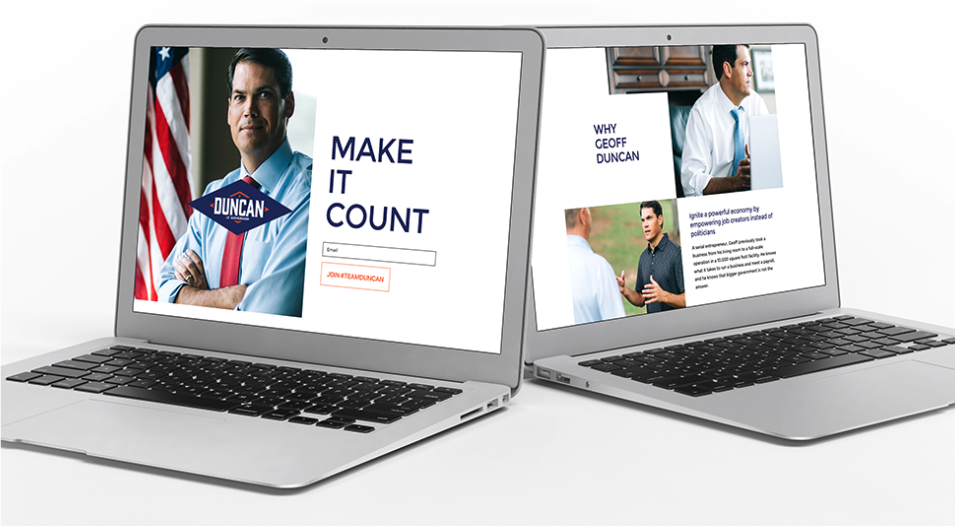 A custom-crafted website ensures voters can find you and your platform online.

Social media management and online promotion are key to getting your message in front of voters. 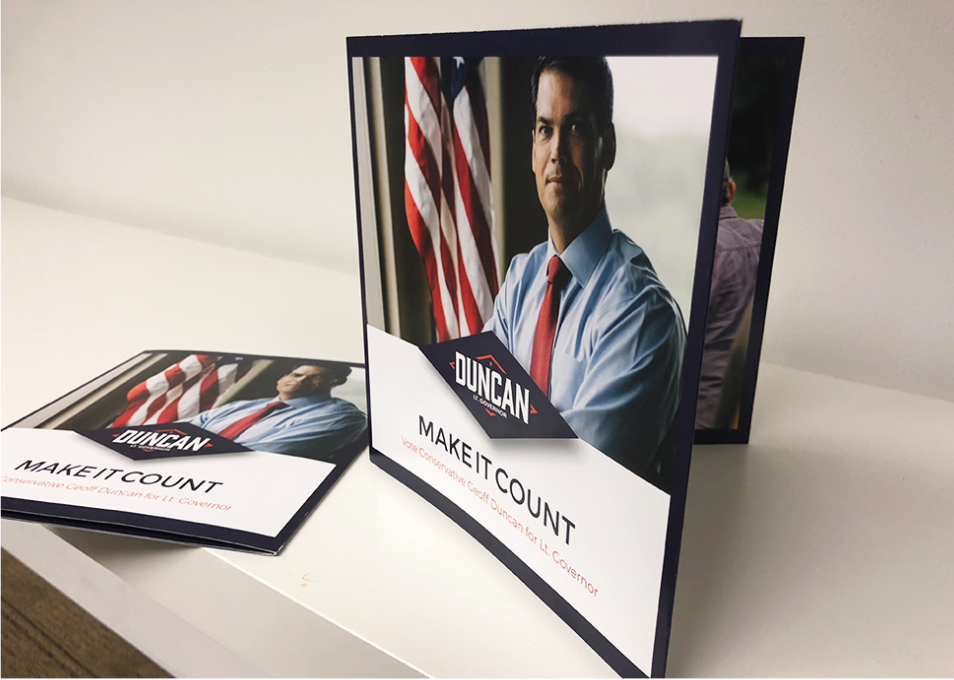 Palm cards and brochures are an essential part of any campaign. Leaving your supporters with more information about what you stand for will build trust and support. 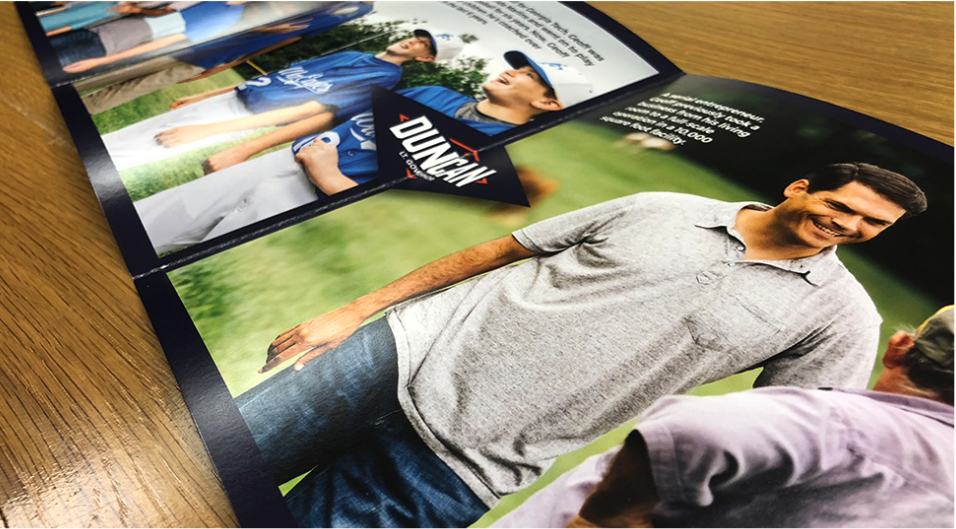 SRG’s creative designs ensure your mail and flyers stand out among the pack.
See All Work