It’s the biggest weekend of the year for the GAGOP as thousands of delegates head to Augusta for the annual convention.

While it remains unclear who they’ll elect as the new party chairman, one thing is certain: the party will look a lot better than it did the last time it elected a new leader.

That’s due to the rebranding effort conducted by the GAGOP and the Stoneridge Group shortly after a new chairman took control.

The outdated logo was replaced with a more modern, simpler one. But the new logo has a subtle nuance to it. The brackets around the R are meant to resemble the box next to a candidate’s name on the ballot. So in essence, this logo is saying to those who see it “Vote Republican.” 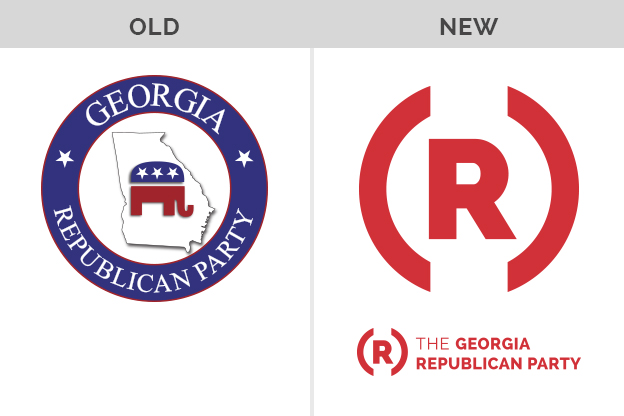 Once the logo was redesigned, we needed an updated website. Taking a look at the old site, it was bad – even by 2013 standards. It was not responsive in mobile. And it was cluttered to the point where it is not clear what actions the party wanted visitors to take. 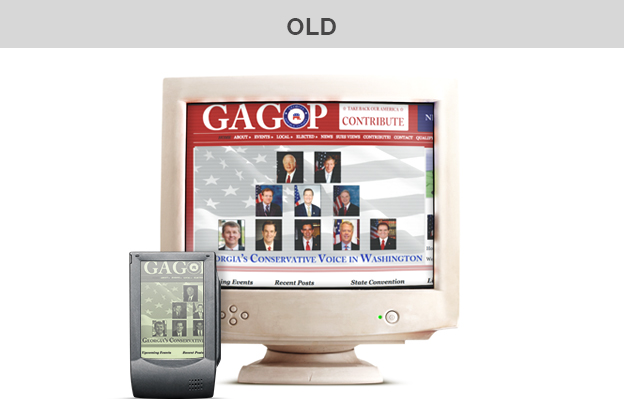 For the new site, it was obvious that it needed to be cleaner and meet the standards of modern websites. But we knew it also needed a clear message that would unify all factions of the party – remember at the time, many Republican voters were very suspicious of the establishment.

So rather than ask people to join the party, we developed a theme asking people to join a movement – to Choose Freedom. This was the driving message throughout all calls to action on the site. 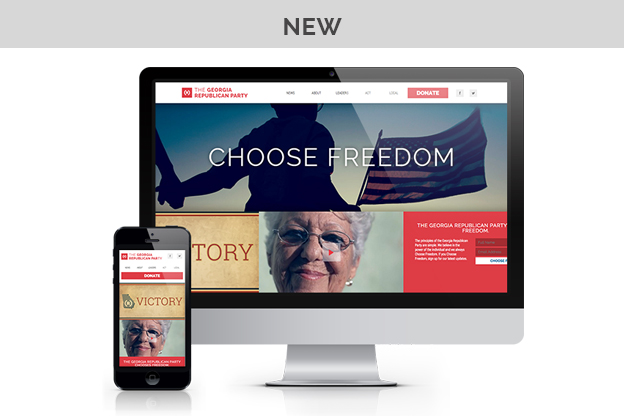 The new brand and messaging was not just limited to the website, however. To coincide with the launch, we produced a longform video that made the choice facing Georgians very clear: they could choose the decisions of big government that hold us back, or they could choose freedom and a more optimistic future for the state.

So, while we gather with old friends and meet new ones at this year’s convention, SRG will be proud to see our work throughout the meeting hall.
June 2, 2017 Tags: