YOUR PEOPLE NEED TO CARE ABOUT THE LITTLE THINGS.

We pay uncommon attention to perfecting important items that others routinely overlook or devalue. Typeface, branding, photography, targeting, message: our relentless pursuit of excellence in each of these areas help ensure we remain the very best at what we do.

Jay Williams is the Founder and Managing Principal of the Stoneridge Group (SRG). He has served premiere officeholders and candidates on every level, from President to Governor to Congress to State House. Founded in 2000, over 80% of SRG clients have claimed victory on election day. Jay has been named by Campaigns & Elections “Influencer 500” list of the nation’s top campaign operatives.

Trip Radtke is a proven voter contact expert, whose strategic consultation has helped elect conservatives at all levels of government.  As Principal, Trip guides the Stoneridge Group (SRG) in the areas of franked mail, advocacy groups, and statewide races.

Trip joined the SRG in 2003 after serving on the legislative staffs of Congressman Paul Ryan and Mike Pence. Trip’s unique background in policy, speech-writing, and research make him a valuable member of our clients’ campaign teams.

In 2010, Trip played an important role in the election of Georgia Governor Nathan Deal, helping drive the campaign’s direct mail strategy and message.

Trip and his family live in Suwanee, Georgia.

With more than 25 years of experience working on political campaigns, Michael’s straightforward and aggressive approach has won races from the coast to coast.

Before beginning at the Stoneridge Group, he managed races for the U.S. House and Governor, ran a State Republican Party, worked at the National Republican Congressional Committee (NRCC), where he recruited candidates and served as a Regional Political Director, and logged time at a highly respected Washington, DC-based polling firm.

For the last decade plus, Michael has been running voter contact programs for clients across the country – always looking for new creative approaches, no matter the size of the client.

Michael and his wife, Beth, live in Louisville, Kentucky, where he spends his time with his two kids, Maddie and Charlie, cheering on his beloved University of Louisville Cardinals, and preventing Josh Bailey of SRG from using gimmicks in every mail piece.

Vice President of Strategy and Messaging

Vice President of Strategy and Messaging

A seasoned political operative who brings a decade of campaign and Capitol Hill experience to the Stoneridge Group, Josh has been involved in every aspect of campaigns—from management to messaging to grassroots—and has helped lead them to victory throughout the country.

Prior to joining the Stoneridge Group, Josh got his start as a Field Director for Congressman Ric Keller’s initial campaign. He then worked in the Congressman’s Washington office before returning to Florida to successfully manage his reelection campaign. He most recently led voter contact efforts for the North Carolina and Mississippi Republican takeovers of their respective House of Representatives, and assisted in Philip Gunn’s successful campaign for Speaker of the Mississippi House.

When he’s not running winning campaigns, Josh enjoys spending time with his fiancé Ann, their two kittens and 125-pound dog in Atlanta’s Virginia Highlands. Together they love exploring the city’s food and live music, and watching Florida Gator football.

In his role as Vice President, Andrew advises clients across the country on their direct mail and digital strategies. Andrew also serves as a general consultant to many of SRG’s Georgia-based campaigns and leads our political accounts team. Whether you’ve got a multi-million dollar advertising budget or you’re running for city council, he’s ready to make sure the team at SRG makes you feel like you’re our only client.

When he’s not working on campaigns, you can find him taking it easy training for his next Ironman triathlon. Andrew lives in Atlanta with his wife, Emily, and their son Jack.

Erik has created a long list of campaign work since joining the Stoneridge Group in 2012, including design for Deal for Governor, Thom Tillis, Philip Gunn, the Georgia Republican Party, SCORE, and many more.

After years of freelancing during his time in ministry in Florida, Erik worked as the media manager for an international non-profit organization before finding his place at Stoneridge. His design work for a wide range of clients has produced high-quality branding, direct mail, brochures, apparel, ads, websites, and more.

When Erik isn’t in front of the computer, you can find him watching movies (or Netflix-binging The Office) with his wife Abby, playing basketball, trying new craft beers, or chasing his three kids around the yard of his home in Woodstock, Georgia.

A political operative that joined the firm in 2013 after losing a race to SRG, Jonathan only cares about one thing, and he’ll do whatever it takes to gain it – Victory on Election Night!

As Vice President of Digital, Jonathan has led the successful digital strategy, online fundraising, voter contact and data collection for numerous gubernatorial and senatorial clients, and statewide advocacy campaigns across the nation.
When not plugged directly into the internet, you can find Jonathan on a golf course making excuses for his score or on the Beltline trying to forget his round.

Leah began her career working for the Republican Party of Virginia. Since then she’s worked on numerous campaigns across the Commonwealth of Virginia. She took a couple years away from politics to work for a small company handling finances and customer relations, but missed the hustle and bustle of the political world. Leah joined SRG in January of 2018 and has loved every minute.
Leah resides in Canton, GA with her husband, Devin, her sons, Brooks and Chace, and their furbaby, Calvin. In her free time, Leah loves to travel, hike, and spend time with her family and friends.

David joined the Stoneridge Group in 2004, and has since developed hundreds of websites and online campaigns, including sites for the Illinois Republican Party, Governor Nathan Deal, The Tim Tebow Foundation, Americans for Prosperity, and Congressman Rodney Davis.

When David is not at his desk perfecting another winning online campaign, he can be found researching the newest trends in web development in order to keep the Stoneridge Group at the head of the pack. David and his wife, Amanda, live in Milton, Georgia.

Joe grew up in Springfield, USA with his adopted father Charles Montgomery Burns. He lead a privileged life and had everything he’d ever wanted, or so he thought. He discovered the world of political marketing just as he was about to go off to college. He decided this was his true path through life. He did his time and graduated with a degree in graphic design, then set off for the big city of Hot-Lanta where he knew SRG was located. His dreams came true in May of 2016 when he was hired as a Senior Graphic Designer at SRG, he knew he could now fulfill his life’s purpose.

In his spare time Joe loves to lay on the couch and eat bonbons with his dog child. The dog shouldn’t eat these bonbons though because he’ll probably get sick, but oh well. Otherwise he just thinks about working at SRG until it’s time to go back to work at SRG. He’s also a fugitive fleeing from a certain unnamed country and all this may or may not be fake.

Born and raised in Maracaibo, Venezuela. Ileana studied graphic design and graduated from La Universidad del Zulia with a Bachelor’s Degree in graphic design. She started working as a designer for various agencies in Venezuela, specializing in branding.

In 2016 she moved to the US, in search for new opportunities. She worked as a freelancer until 2020 when she became one of SRG’s senior graphic designers.

In her spare time, Ileana loves spending time with her husband Alejandro and their dog Stella. They love to cook, watch movies, travel and do fun activities while discovering new places. They reside in Alpharetta, GA.

Adam Keller is our Production Manager. He graduated Magna Cum Laude from Jacksonville University in 2017 with a BA in Theatre and a Minor in Graphic Design. During his time in college, he not only served as the President of the University Student Government, but he led the College Republican chapter in the state-wide effort on campuses to deliver Florida to President Trump in 2016. Shortly after graduating, he brought his ambition to the Stoneridge Group, and has since then ensured that production meets with the demands of successful campaigns. His unique engagement with contacts across the nation is what drives a campaign’s direct mail strategy through SRG. Adam’s command of organization and politics is owed to his background in theatre where chaos is celebrated and owned.

In his spare time, Adam is the President of the Buckhead Young Republicans, he enjoys doing voiceovers for a local Catholic radio station, and cheering on Tampa Bay Buccaneer football.

With more than 20 years of experience in finance and accounting in both the private and public sector, Janie oversees all corporate accounting and general account services for the corporation.

Prior to joining SRG in 2010, Janie was the Controller for a subsidiary of Dycom Industries, where she managed all accounting—including financial disclosures, work papers and analytic reviews. She was a major contributor to the acquisition and transition from privately owned to public corporation.

Janie lives on Lake Lanier in Gainesville, Georgia, with the love of her life, Steve.

If there’s anything you need, April’s your girl! A member of the Stoneridge Group team since 2013, April maintains the master office schedule, answers all phone calls, greets all guests, and makes sure the entire Stoneridge family enjoys a great work environment.

For 21 years, we’ve provided hundreds of political candidates and organizations with amazing service, strategy, and design. For candidates up and down the ballot, we are ready to help you win. 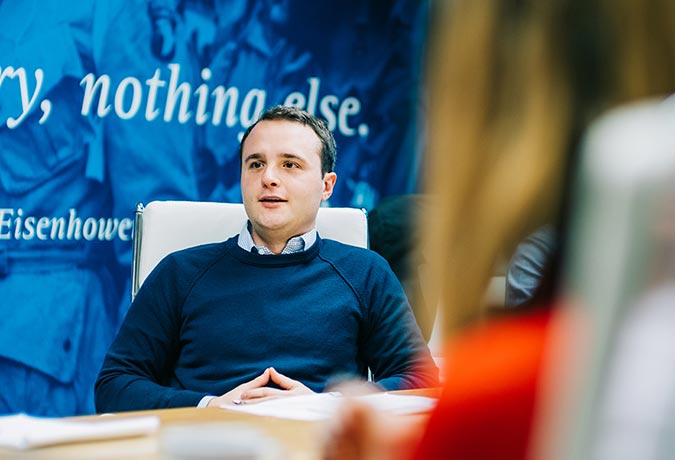 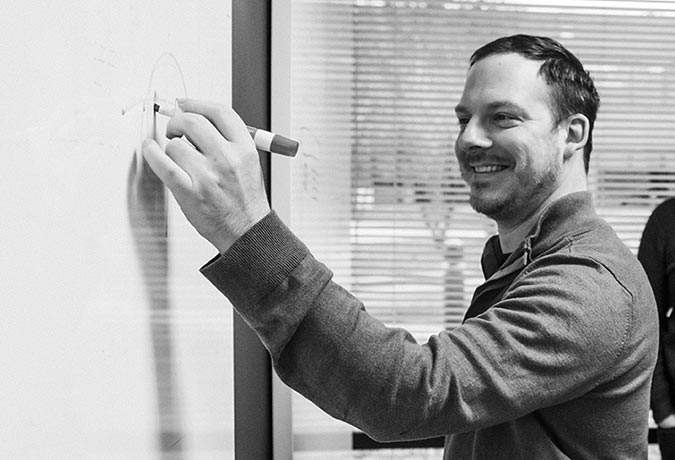 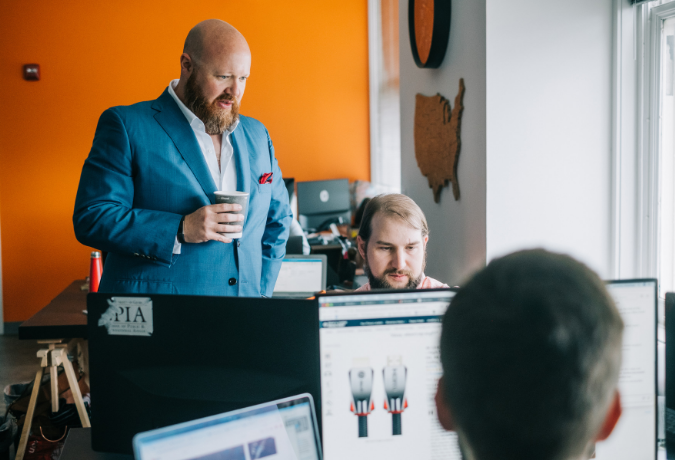 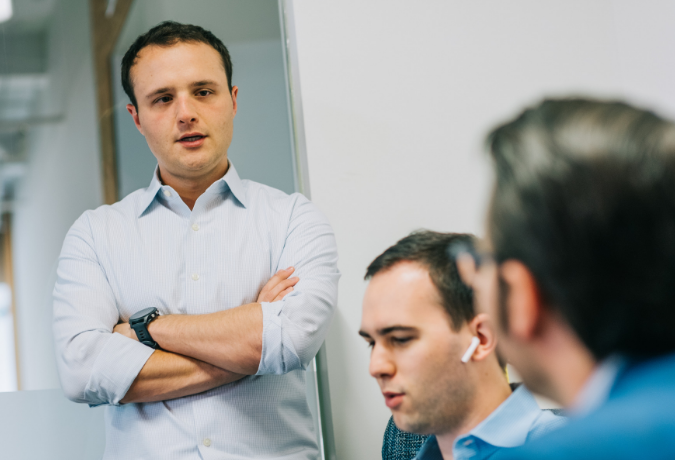 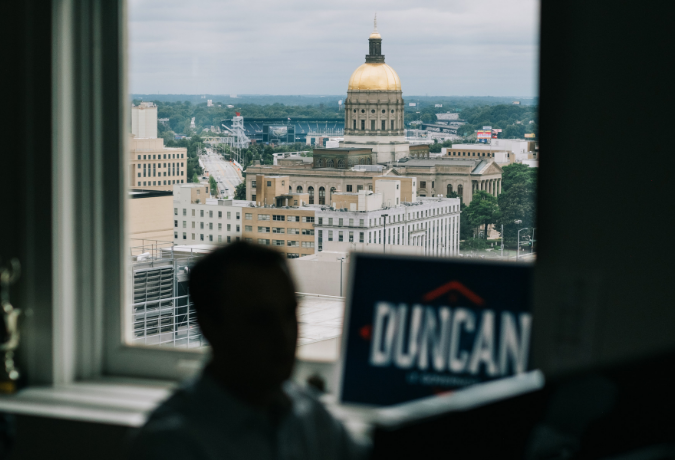 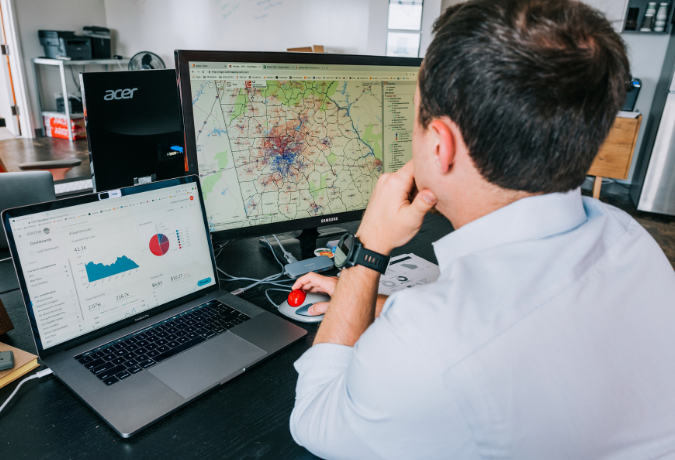 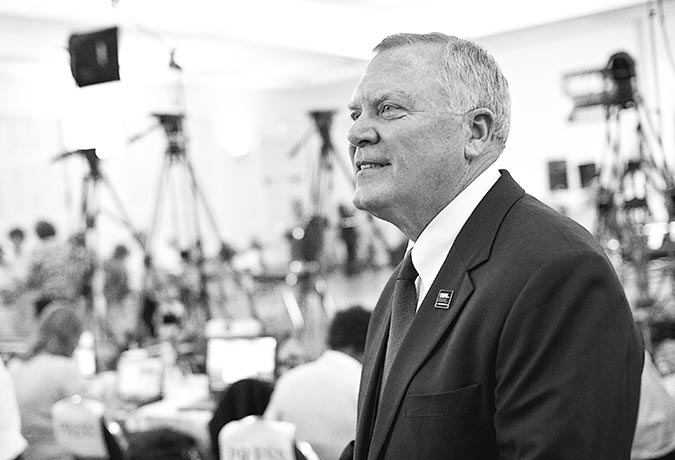 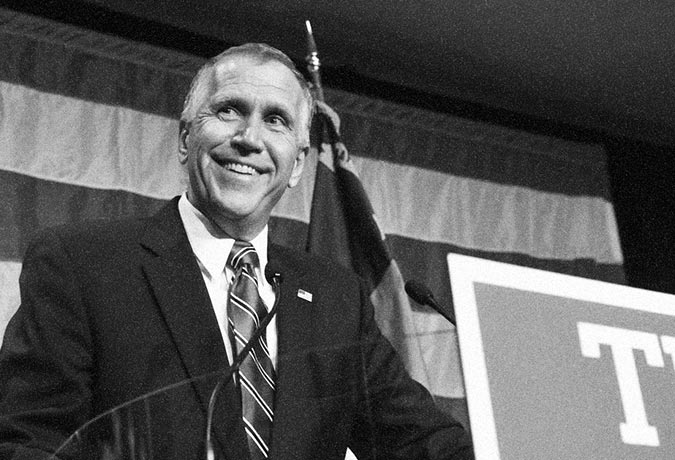