As much as we would like it to be, it’s not always campaign season.

One of the jobs in which we take great pride is helping non-profits, corporations, and even film studios promote their brand or their project.

And this week was a big one for one of our clients.

With the news that President Trump revealed classified information to Russian officials, Erick Erickson shared on his news site, theresurgent.com, that he knew and trusted one of the individuals responsible for the leak.

While we won’t get into our thoughts on Trump’s actions (seriously, please don’t ask Trip about it), we are honored that hundreds of thousands of people flood one of the websites we built to get their news.

Not only is the design clean and powerful, but the site also serves as the central hub for Erick’s national platform – featuring not only his columns, but also a livestream and archive of his daily radio show, featured videos, and as a store for his books and recommended products.

Another cool feature is the “Alert Map,” where visitors can quickly see where intense, breaking issues are occurring in each state. 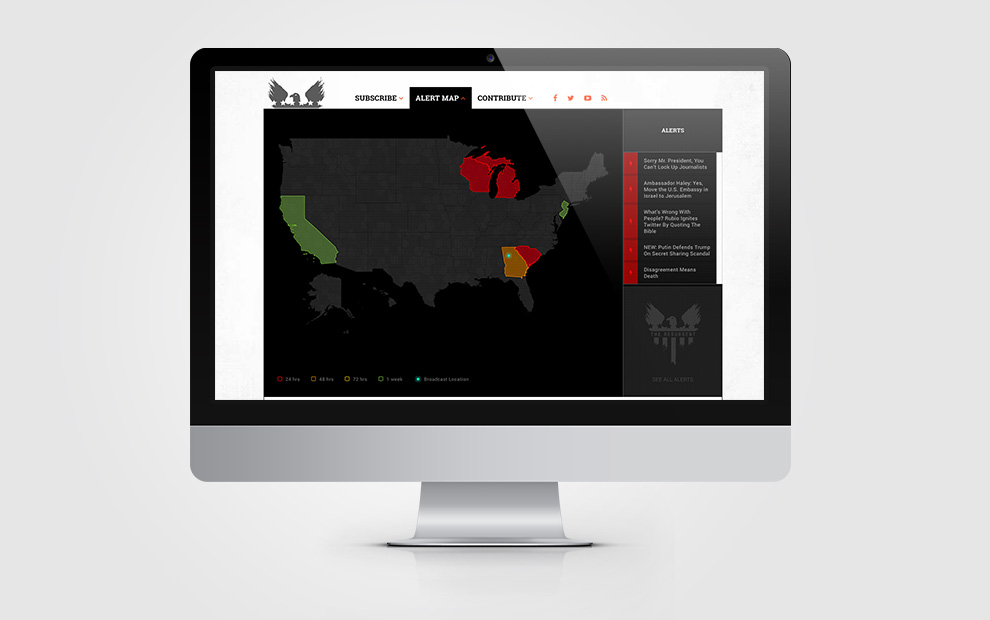 So whether you are running for office, promoting a charity, or going viral with breaking news about leaking intelligence to the Ruskies, SRG is here to help.