In the world of entertainment, getting away personal brands like “Madonna,” “Prince,” or “Justin” is a regular pop culture occurrence. In politics, this branding trick isn’t as easy to pull off – unless you’re “Johnny.”

Georgia’s US Senator,  John “Johnny” Isakson got his nickname from his and neighborly demeanor and get things done approach to legislating. No matter what region of Georgia you’re from, it’s said that Johnny could easily pass for a local whom you’ve known for a lifetime. So when he approached us about an identity redesign for his 2016 campaign, we knew his new logo should reflect this unique aspect of his candidacy – Senator Isakson knows Georgia and Georgia knows “Johnny” 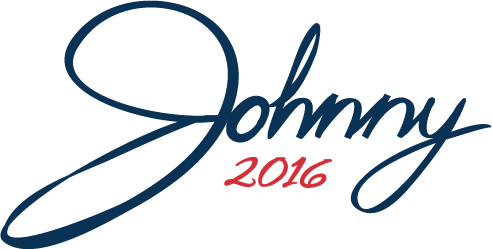 We figured that stripping away everything but “Johnny” would do more to accentuate this aspect of his candidacy. It’s true – sometimes less is more. In addition, the “handwritten” font is indicative of Isakson’s affable, personal style We love stepping outside the box of “political” branding as much as Johnny loves breaking the mold of stuffy, disconnected politicians.